About the Cover Artwork

THE FRONT COVER OF THIS book depicts a happy and healthy Earth after the population has been halved by responsible methods and Earth has been healed of any threat from global warming. The artwork for the front cover consists of a circle representing Earth; words denoting life, love, and happiness springing from the circle; seventy-five dots placed randomly within the circle; and a legend showing that each dot denotes fifty million people. 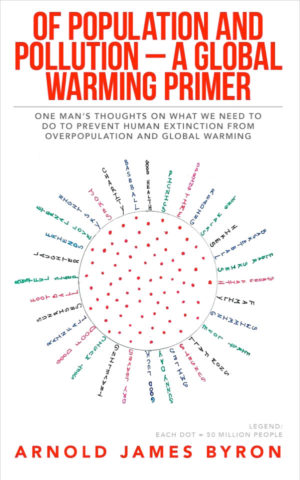